As well as releasing his own music, Michael is also a highly in-demand session musician.  He has been playing guitar for 13 years and is also a strong backing vocalist.

Michael has performed with countless artists, including Alison Moyet, Heather Peace, Cloves and Tommy Blaize (Strictly Come Dancing).  He has toured globally, playing in UK, Ireland, Germany, Netherlands, Switzerland and Australia.  He has also featured on live television sessions on Channel 5 and STV, as well as numerous BBC radio sessions. 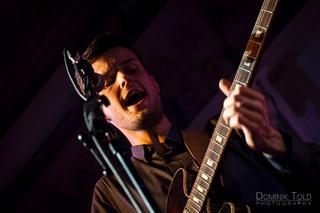